The Museum of London says it wants to display the rubber inflatable depicting Donald Trump as a giant screaming baby. 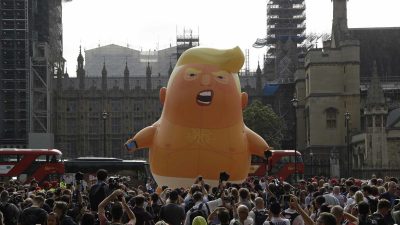 It’s been featured in protests against the U-S leader around the world since its debut in London last year. Trump arrived in London this morning and the 6 metre high balloon was released into the air in advance of his visit. 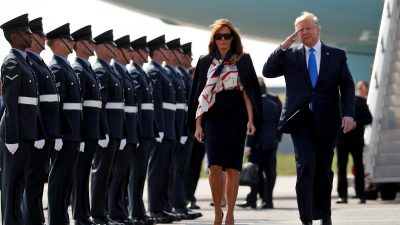 The blimp’s creators plan to fly the balloon this week outside Parliament during Trump’s state visit. Moments before landing near London this morning, Trump tweeted that Mayor Sadiq Khan was a “stone cold loser” who has done a terrible job. The mayor said recently that Trump should not be allowed a state visit.