A former business manager of Stan Lee has been charged with five counts of elder abuse involving the late Marvel Comics mogul. 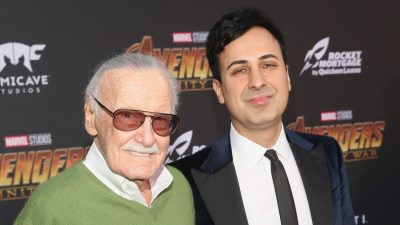 43-year-old Keya Morgan faces a number of charges including false imprisonment of an elder adult,  theft, embezzlement and  forgery. A warrant has been issued for Morgan’s arrest and his lawyer says his client is not guilty and will be exonerated. In June, lawyers for the 95-year-old Lee and his daughter were granted a restraining order against Morgan and revealed that police were investigating him for elder abuse. Lee, co-creator of such characters as Spider-Man, Iron Man and The Incredible Hulk, died in November.