The Ontario government is making it harder to sue the province. The details are contained in last week’s budget and critics are condemning the move. A spokesperson for Attorney General Caroline Mulroney says the legislation will reduce frivolous claims and simplify the process. But the opposition N-D-P says the province is not only rewriting the law but acting like its above the law. Under the legislation, people who plan to sue must first get permission from a court. The civil liberties association plans to challenge the legislation in court if it passes, which is likely with a majority government. Attorney General Caroline Mulroney tweeted that reports about the legislation are both inaccurate and alarmist. 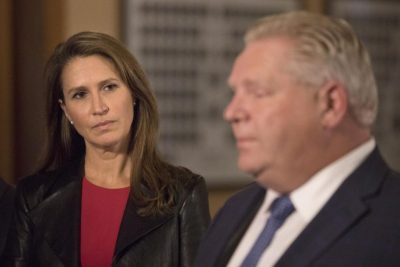