OPIOID CRISIS CONTINUES ITS DEVASTATION ON LIVES OF CANADIANS

Nearly 3,300 Canadians died from apparent opioid-overdoses in the first 9 months of 2018. 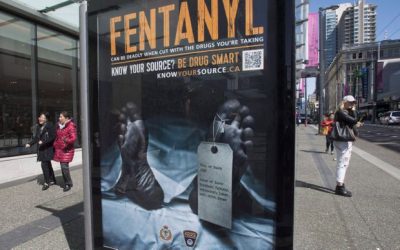 The Public Health Agency of Canada released new information that also shows fentanyl and other fentanyl-related substances continue to be major drivers of the crisis. More than 10,000 Canadians have died as a result of oipioid related overdoses between January 2016 and September 2018. Public health officials say B.C., Alberta and Ontario have been hit hardest. Canada’s chief public-health officer Dr. Theresa Tam says the new figures serve as a stark reminder of the importance of ramping up efforts to stop the epidemic.