The federal government is promising $1.3 billion for affordable housing in Toronto. 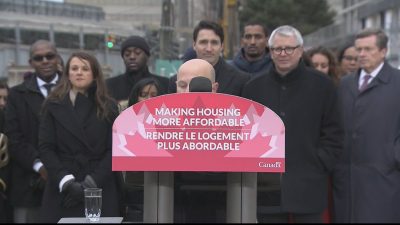 The money will come over the course of 10 years with $810 million given as a loan and $530 million as a direct investment. Prime Minister Justin Trudeau calls it the most housing funding the federal government has ever given a municipality and says the money will go towards renovating more than 58,000 affordable housing units. Toronto Mayor John Tory welcomed the federal funding, saying it will ensure more families have access to good homes.Trudeau The announcement was delayed nearly an hour by protesters who continued to shout while the prime minister spoke.