Randy Hillier is breaking his silence after being ousted from the PC government week ago. 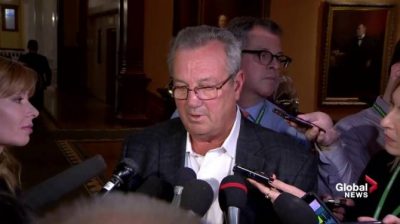 The Lanark-Frontenac-Kingston MPP revealed that he’s spoken to the integrity commissioner about possible illegal lobbying by Doug Ford insiders and claims to have evidence to back up his explosive charge in emails, text messages and notes. But Ontario PC House Leader Todd Smith responded to the allegations by calling them baseless adding this tactic is nothing new for Hillier, who now sits as an independent in the legislature.