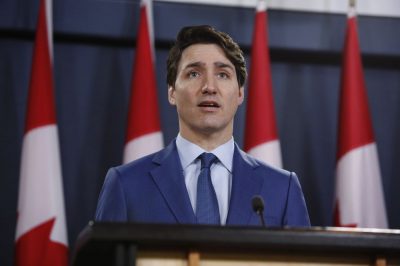 Reports suggest that Justin Trudeau is poised to shuffle his federal cabinet on Monday.

It would mark the third shuffle in the past three months and comes in the wake of Jane Philpott’s resignation earlier this month.

In January, Trudeau moved Jody Wilson-Raybould to veterans affairs from the justice portfolio, which went to David Lametti.

The prime minister made a few more changes earlier this month to fill the void left by Wilson-Raybould after she resigned from cabinet amid the ongoing SNC-Lavalin controversy.

A few days after the mini-shuffle, Jane Philpott also stepped down from cabinet, saying she had lost confidence in the government over its handling of the SNC-Lavalin issue.

Philpott had served as president of the Treasury Board.