TORONTO PLAY RIPPED FROM HEADLINES PAST AND PRESENT

Blood of Our Soil is inspired by personal accounts of war-torn Ukraine now and during the Second World War. 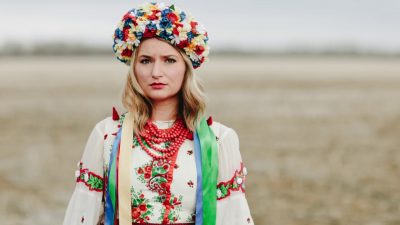 Liana Makuch wrote and performs in this deeply personal story based on her grandmother’s journal during the War when she fled to Canada. Liana also wanted to tell the story of current conflict  so she along with her creative team set out on a three week research trip to the Eastern European country. While shocked to witness bombed out shells of homes, the group was also heartened to see that the ongoing oppression hasn’t killed the spirit and perseverance of its residents. The play features haunting Ukrainian folk music , bits of humour and has received high praise including from Federal Member of Parliament  Linda Duncan who applauded the play in an address in the house of commons. Director Patrick Lundeen says this multi generational story explores the need for peace. Liana gets to share her play with the woman who inspired it – her 97 year old grandmother will be in the audience. Blood of Our Soil runs until March 16th. More information at   tarragontheatre.com

Listen to my report here.