A bass guitar and handwritten song lyrics will be among the items related to the original Woodstock concert going on display. A new museum at the site of the concert in upstate New York will open at the end of this month to mark the concert’s 50th anniversary. Highlights include handwritten lyrics for “Goin’ Up the Country” by Alan Wilson of Canned Heat. The museum will also feature, clothing, equipment, art and photography. The famous three-day concert kicked off Aug. 15, 1969, in Bethel, New York.  There will also be a concert series to mark the 50th anniversary.  The Bethel Woods Music and Culture Festival was scheduled for Aug. 16-18 at the original Woodstock site, but the venue will instead focus on “A Season of Song & Celebration” all summer long. 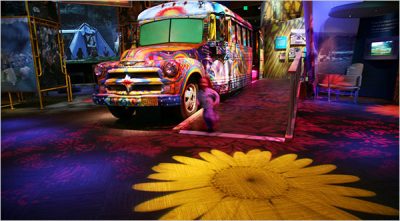