MARGARET ATWOOD IS COMING TO A THEATRE NEAR YOU

The celebrated Canadian literary giant will be part of a special live event timed with the release of her sequel to The Handmaid’s Tale. Atwood will be the focus of  a fireside chat hosted by a BBC journalist where she’ll reflect on her acclaimed career and what led her to write The Testaments, the second handmaid book she’s releasing more than three decades after the first. The event will be broadcast live on Cineplex theatre September 10th, the same day her book hits stores. The Handmaid’s Tale was spotted at filming again at Toronto’s City Hall this week. Photos have been shared on social media. In photos shared on social media, you can see props and numerous handmaids in their red capes and white bonnets all around City Hall, where they were filming today. 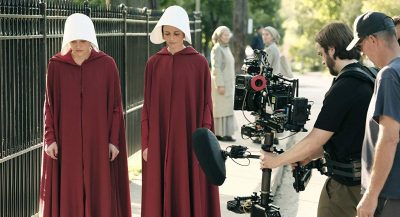