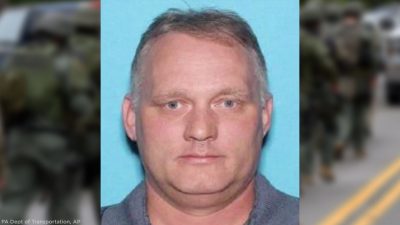 Officials in the U.S. say the man accused of killing 11 people during morning services at a synagogue in Pittsburgh, yelled that he wanted to kill all of the Jewish people as the shooting was unfolding.

U.S. Attorney Scott Brady was part of a joint news conference that featured the lead FBI Agent on the Case as well as the local Pittsburgh Police Chief.

“During the course of his deadly assault on the people of the synagogue, Bowers made statements regarding genocide and his desire to kill Jewish people.  After a stand-off with police, Bowers eventually surrendered and remains in federal custody today.”said Brady.

Police also identified the 11 victims and said that two were brothers and two were a husband and wife.  All of the victims range in age from 54 to 97.

46-year-old Robert Bowers is facing 29 federal charges, including 11 counts of murdering victims who were exercising their religious beliefs, all of which could earn him the death penalty.