A Canadian novelist continues to dominate the 2018 book prize season. Author Esi Edugyan whose latest book has already been shortlisted for some of the world’s most coveted literary prizes…. is now among the finalists for the Andrew Carnegie Medal. 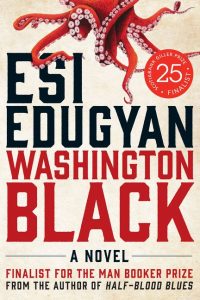 Her book “Washington Black” has been named by the American Library Association one of three finalists for the Carnegie medal for fiction. The story follows a boy’s escape from slavery at a Barbados sugar plantation. The BC -based writer says she was a huge reader as a kid.The novel has already been shortlisted for Britain’s Man Booker prize and is a finalist for the upcoming Scotiabank Giller Prize.