It was a close race in Brampton but in the end former Ontario PC leader Patrick Brown, who entered the race late defeated the incumbent. Linda Jeffrey, who called Brown a political opportunist during the campaign, appeared shocked at her loss. 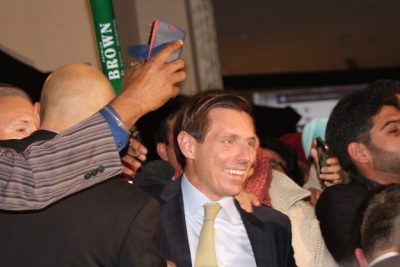 Elsewhere, it will be four more years for Bonnie Crombie as Mayor of Mississauga. The city’s incumbent leader got near 80 percent of the vote. 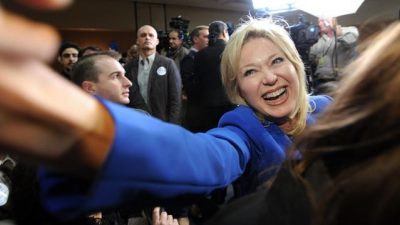 Oshawa has a new mayor in Dan Carter, who’s overcome drug and alcohol abuse and went on to become a business owner and city councillor. He won 69 per cent of the vote and replaces John Henry, who won his race to become Durham Regional chairman. In Whitby, Don Mitchell was voted into his 2nd term as Mayor. Ajax has voted in the town’s first new mayor in more than two decades. Shaun Collier succeeds long serving mayor Steve Parish, who did not run. Burlington has a new mayor, with Marianne Meed Ward dethroning two-term incumbent Rick Goldring and in Oakville, long-time mayor Rob Burton, first elected in 2006, won his fourth term. In Milton, Gord Krantz who was first elected Mayor in 1980, was re-elected to his 21st term with more than 80 per cent of the vote. In Whitchurch-Stouffville residents have voted out incumbent Mayor Justin Altmann and chose Iain Lovatt as the town’s new mayor., ending a tumultuous council term marred by high profile staff departures and multiple integrity commissioner investigations. Lovatt says it’s time to turn the page and move forward.