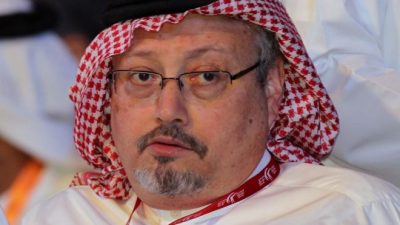 The Trudeau government is condemning the killing of a Washington Post journalist in Saudi Arabia’s consulate in Istanbul.

Foreign Affairs Minister Chrystia Freeland says in a statement, the kingdom’s explanations of the killing of Jamal Khashoggi lack consistency and credibility.

She also reiterated the federal government’s call for a thorough investigation in collaboration with Turkish officials.

Khashoggi vanished on October 2nd after entering the Saudi consulate in Istanbul to get paperwork he needed to marry his Turkish fiancée.

The Saudis say he got into a fistfight and died, but the Turks say he was tortured and dismembered by a hit squad.

“Canada condemns the killing of journalist Jamal Khashoggi, which the Kingdom of Saudi Arabia has confirmed took place in its consulate in Istanbul.

“The explanations offered to date lack consistency and credibility.

“We also express our sincere condolences to Hatice Cengiz and the family and loved ones of Mr. Khashoggi. The pain they are enduring as a result of this tragedy is heartbreaking.

“We reiterate our call for a thorough investigation, in full collaboration with the Turkish authorities, and a full and rigorous accounting of the circumstances surrounding Mr. Khashoggi’s death.

“Those responsible for the killing must be held to account and must face justice.”