Former prime minister Jean Chretien says writing his new book over the past year helped him find serenity when he got tired of listening to U-S President Donald Trump’s “nonsense.”Chretien writes his unflattering opinion of Trump in a new book entitled, “My Stories, My Times.” In it, Chretien also says it’s been very sad to witness what’s happened in the States since the 2016 election. He also offers opinion on current events, and calls U-S President Donald Trump “fanatical” and “unspeakable.” While Prime Minister Justin Trudeau has long been very guarded in speaking about Trump, the 84-year-old Chretien isn’t so constrained. 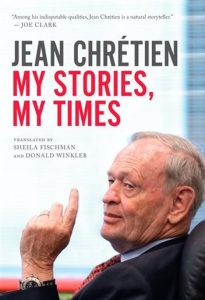