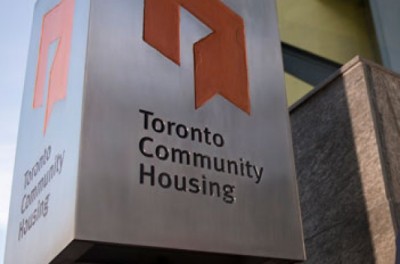 John Tory is renewing his call for criminals to be banned from living in Toronto Community Housing.

In an open letter to the Minister of Municipal Affairs and Housing, Steve Clark, Tory says legislative changes are needed to make those living in community housing safer.

“Currently, a tenant who is evicted for serious behavioural misconduct, such as drug dealing or domestic violence, is immediately able to apply for rehousing from Toronto Community Housing,” said Tory in the letter.  “I believe the City and the province have a duty to do everything possible to stop the misconduct of a small group of people who are disrupting the lives of law-abiding Toronto Community Housing residents.”

The mayoral candidate said that he hopes to get the provincial legislation changed now that a new government is in power.  Speaking to reporters outside of an event, Tory pointed out that he had made a similar request to the previous Liberal government but it was declined.

In April, 2017 City Council voted unanimously to make that request for legislative changes to the Housing Services Act.