BILL COSBY SENTENCED TO 3 TO 10 YEARS IN STATE PRISON 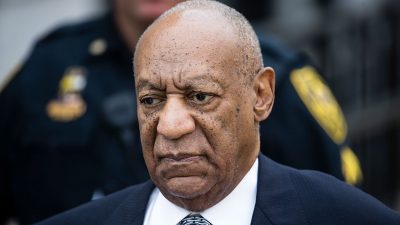 Disgraced comedian Bill Cosby is going to prison for at least 3 years.  On Tuesday Judge Steven O’Neill declared that the 81-year-old is a “sexually violent predator” and stated that Cosby must undergo lifetime counseling and report quarterly to authorities.

In the end Cosby was sentenced to 3 to 10 years in prison for the 2004 sexual assault of Toronto woman Andrea Constand.

Cosby was convicted in April of knocking Constand out with pills and molesting her at his suburban Philadelphia home.   She’s among about 60 women who came forward to accuse Cosby of sexual misconduct.

Outside the courthouse, a statement from Camille Cosby was read by a family friend.  In it she accused the prosecutor in the case of using “falsified evidence” to win a conviction against her husband.