A ruling on Toronto’s legal challenge of the province’s decision to cut the size of council will be handed down Monday morning. Regardless of the outcome, the Superior Court Justice has said he expects an appeal of his ruling. Premier Doug Ford argues Bill 5 will save the province $25 million dollars, but some speculate it’s a more personal decision. Toronto city lawyerS argued that reducing the number of councillors in the middle of an election is not only discriminatory and arbitrary but violates the Charter of Rights. The legislation that passed last month aligns the city’s ward map with federal ridings in time for the Oct. 22 municipal election. 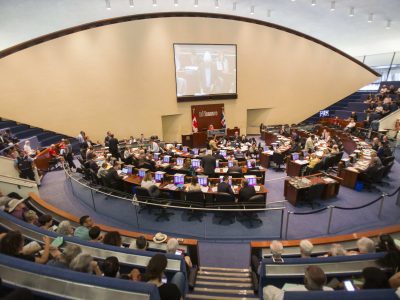