ONE OF TV'S FAVOURITE SITCOM ACTRESSES HAS DIED 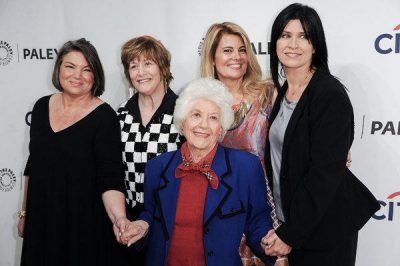 Charlotte Rae was best known for her beloved character Edna Garrett first “Diff’rent Strokes”and then brought that character to “Facts of Life.”Rae had a career that included other T-V roles, as well as work in the movies and on stage. She was diagnosed with bone cancer after beating pancreatic cancer. She was 92. The “Facts of Life” ran nine seasons, but Rae left after seven and later explained that she needed some time for the rest of my life.”Her work on the show earned her an Emmy nomination
—