5 MORE YEARS IN THE PLANS FOR SUPREME COURT JUSTICE

Justice Ruth Bader Ginsburg hopes to stay on the U-S Supreme Court until the age of 90. 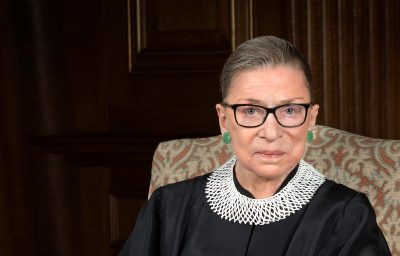 The 85-year-old made the comment yesterday in New York  after taking in a production of the”The Originalist”, a play about the late Justice Antonin Scalia. Ginsburg commented that her colleague Justice Paul Stevens stepped down when he was 90 so she too wants reach that milestone. Ginsburg was appointed to the Supreme Court by President Bill Clinton in 1993. Justice Anthony Kennedy announced his retirement last month opening up another seat to be filled by President Trump.

Here’s a clip from the recently released documentary on her life, called RBG