Freedom of the press was put on trial this week in Britain involving a high profile celebrity. Zoomers will remember singer Cliff Richard from the ’70’s. The singer won substantial damages, 362 thousand dollars Canadian, this week after London’s High Court ruled the BBC breached his privacy by televising a police raid on his house which he said left him feeling violated. 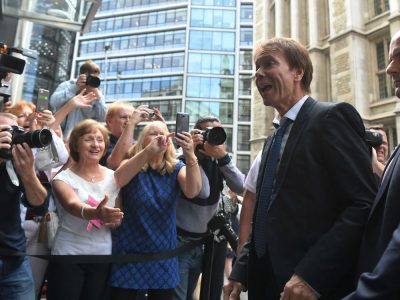 The broadcaster used helicopters to film detectives searching his home while the 77-year-old was away on vacation in 2014. Richard is one of Britain’s best known entertainers. The BBC is appealing the ruling.