Tears flowed among the thousands who packed the home arena of Saskatchewan’s Humboldt Broncos junior hockey team last night. The community struck with unimaginable tragedy took a step towards healing with a gathering to remember the 15 people killed when the team bus collided with a transport truck Friday night on the way to a playoff game. 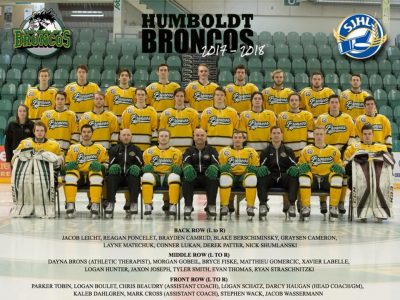 One of the victims is former York University student athlete Mark Cross who spent five years with the York Lions. The 28-year-old was an assistant coach with the Humboldt Broncos. York is honouring the former assistant captain of the school’s hockey team  who graduated two years.The Toronto District School Board is also lowering flags at all schools today out of respect.