The children of an Ottawa snow sculptor have chipped in to help finish their father’s final masterpiece – a likeness of late Tragically Hip singer Gord Downie. Brian Clemence had spent two days chipping away at a hunk of snow when he died of a heart attack at the age of 60 last week. His son resolved to complete his father’s final artwork, based on his sketches. His sister and step-brother soon pitched in, helping to chisel the snow into a three-metre sculpture that would have made their dad proud. 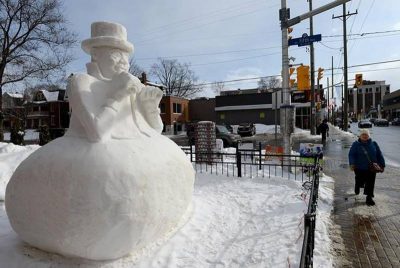 The three-metre tall sculpture now stands completed in Ottawa’s Glebe neighbourhood but though it’s not the only chilly tribute to Downie. British Columbia artist Peter Vogelaar erected a Downie ice sculpture in the singer’s hometown of Kingston last week. 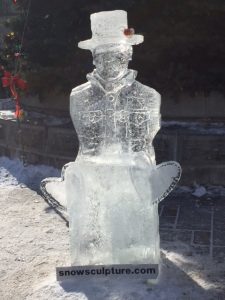