The Canadian Olympic Committee has asked athletes competing this month at the Games in Pyeongchang, South Korea, to sing the new gender-neutral lyrics to “O Canada.” The official lyrics replace in “all they sons command” to “all of us command.” Those pushing for the lyric changes say public education will be vital in making sure Canadians know about the tweaks that are expected to become official in coming days. The private member’s bill requesting the change was passed by the Senate last week and awaits royal assent. Competition begins at the Winter Olympics in Pyeongchang, South Korea on Wednesday with the opening ceremonies held on Friday.The Canadian Senate passed Bill C-210 on Jan. 31, changing the official lyrics of “O Canada” from “in all thy sons command,” to the gender neutral “in all of us 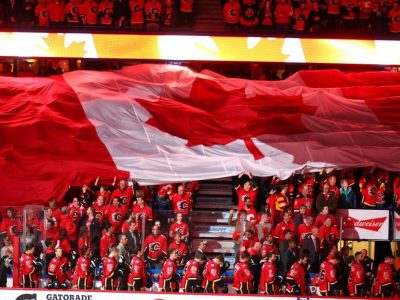