Actress Dorothy Malone, who won hearts of 1960s TV viewers as the long-suffering mother in the nighttime soap Peyton Place has died at age 93. 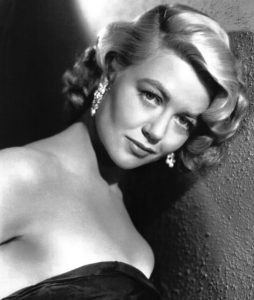 The oscar-winning actress died Friday from natural causes in her hometown of Dallas. Peyton Place aired from 1964 to 1969 , but Malone began her career in movies. Her first notable role was as a seductive bookstore clerk in The Big Sleep and she won the 1956 supporting actress Oscar for her role in Written on the Wind.