Canada and some of its closest partners are demanding that North Korea bring a complete end to its nuclear weapons program in order for sanctions to be lifted. The blunt warning was made at a major international meeting in Vancouver, where representatives from 20 countries are discussing ways to increase pressure on North Korea and ultimately end its nuclear aspirations. 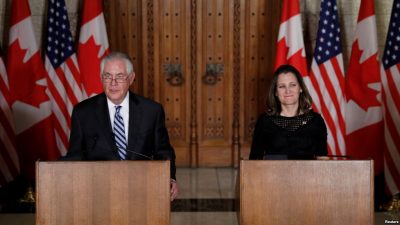 Political commentator Michael Taube told MZ Media that today’s talks reflect a new trend of where countries are forming a so-called “tribal bloc” similar to NAFTA and the European Union. Canada’s Foreign Affairs Minister says those taking part in the summit have a common goal — security and stability on the Korean Peninsula and throughout the world.