It’s the end of the line for Sears Canada today. 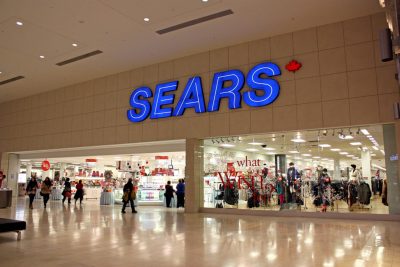 All remaining stores will close their doors for good including 17 outlets in Ontario. The iconic Canadian department store has been in business since 1953 but struggled in recent years. The once retail giant, filed for creditor protection in June, sold off some locations and decided to liquidate the rest of its 190 stores leaving 15,000 employees out of work. One retail expert says Sears lost its competitive edge by not embracing E-Commerce and selling its products online. The closure sparked a number of controversies. Sears Canada planned to dole out millions of dollars in retention bonuses to head office staff while grappling with a more than $260-million shortfall in its pension plan. The company originally wanted to pay a total $7.6 million to 43 top employees, but revised that to a total of $6.5 million to 36 employees after a backlash.