Oprah Winfrey’s moving speech at the Golden Globes has some calling for her presidential run. The actress accepted the Cecil B. DeMille lifetime achievement award and it didn’t take long for Twitter to light up with the hashtag #Oprah2020. Winfrey brought the crowd to silence and tears with her speech by telling women to speak their truth. The Handmaid’s Tale won best TV drama and Elisabeth Moss won best actress for the TV drama based on the best-selling book by Maragaret Atwood. It was filmed in Toronto. Moss dedicated her award to Atwood, reading some of the author’s words when accepting the trophy. 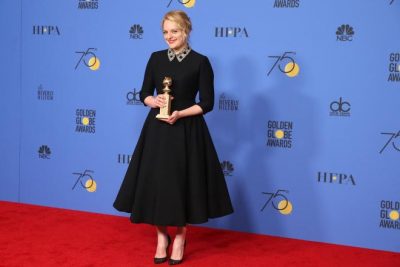 This year’s Golden Globes show was all about gender politics, and the MeToo movement. Several actresses, including Meryl Streep brought social activists with them, to focus on real-life solutions to gritty problems far from Hollywood. Actresses, actors and activists wore black to denounce sexual harassment and gender inequality in Hollywood