The fallout continues from a sexual harassment scandal at Toronto’s Soulpepper Theatre Company. The company is cutting ties with its executive director, Leslie Lester. It comes after four actresses filed lawsuits against Soulpepper and its founding artistic director, Albert Schultz, who’s also Lester’s husband. Before joining Soulpepper, Lester was with Nightwood Theatre, described as Canada’s flagship feminist theatre. Soulpepper is also cancelling an upcoming production of Amadeus. The actresses claim Schultz harassed them for years but the director denies the allegations. In light of this scandal, the federal government says it’s reviewing its cultural funding policies in the wake of harassment allegations. The Ministry of Canadian Heritage says recent events have prompted it to reaffirm a zero-tolerance approach to workplace harassment. The Me Too movement will be front and centre tonight at the Golden Globes. Several actresses plan to wear black in a protest of sexual assault and harassment. There are also a number of nominated works that prominently feature those issues, including The Handmaid’s Tale. Several Canadians are up for hardware including Toronto actress Saara Chaudry, who voices the lead character in The Breadwinner, nominated for best animated film. Other homegrown nominees include Eric McCormack and Christopher Plummer. 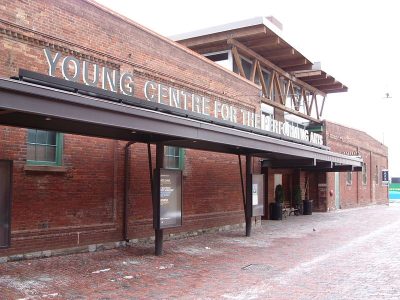