Beginning Monday November 20, the grace period is over for drivers who don’t obey the new rules along King Street. The pilot project began one week ago and it seems motorists aren’t paying attention to the signs. Constable Clint Stibbe says police have handed out thousands of warnings during the first seven days but starting Monday, Stibbe says no more excuses. Drivers face fines of $110 dollars are two demerit points and if convicted, could affect insurance rates. Constable Stibbe reminds drivers the best way to remember the new rules is “at the light, make a right” as cars will be forced to turn after one block on King between Bathurst and Jarvis. 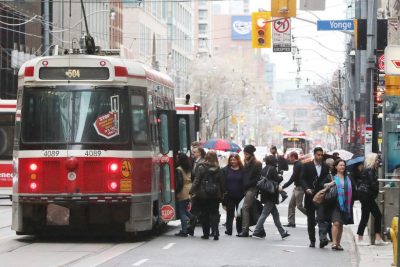