Some of the music world’s biggest stars were in Montreal’s Bell Centre Monday night for a memorial tribute concert to Canadian singer-songwriter Leonard Cohen. “Tower of Song” was organized by Cohen’s son, Adam, who said it was a way to honour his father’s death and to immortalize his music. The concert opened with Sting singing one of Cohen’s hits “Dance Me to the End of Love.” 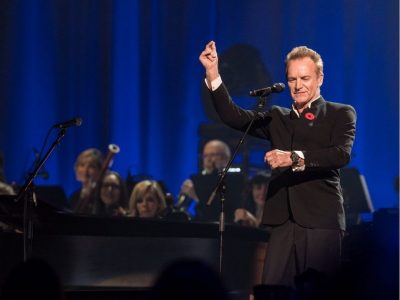 Prime Minister Justin Trudeau and his wife Sophie stopped by and said the first dance at their wedding had been to Cohen’s “I’m Your Man.” Cohen died a year ago today at the age of 82.