Just days after ‘Fight Back with Libby Znaimer’ on Zoomer Radio focused on road rage and aggressive driving, comes word that Toronto Police are tracking down a motorcycle mob that caused major problems on Toronto area highways on Sunday. 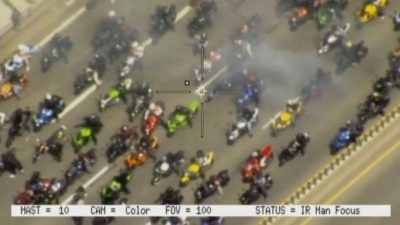 The O-P-P received numerous complaints about a large group of motorcyclists driving dangerously and performing stunts on Highways 409, 401, 403, the QEW, the DVP and the Gardiner. OPP Sgt. Kerri Schmidt says in some cases, the group shut down sections of the highways, causing major disruptions. The O-P-P is asking for any dash cam videos or photos of the incident, and would also like to speak with anyone who has information about the people involved.