If you’re planning a staycation the last week of July, you can add Toronto Islands to your list. The city confirmed that the popular vacation spot will re-open on Monday and regular ferry service resumes. The waterlogged area was virtually shut down in early May after flooding caused by rising water levels in Lake Ontario brought on in part by heavy rains. Recreation programs will resume at Centre Island, Centreville Theme Park, Ward’s Island and Hanlan’s Point. But a few areas are still flooded and will be off limits to the public including Olympic Island, and the Grand Stand at Centre Island. Mayor John Tory said last month that the cost of fixing the damage done to the city’s shorelines and the Toronto Islands will run to many millions of dollars. West Nile was detected on Toronto Islands earlier this week and visitors are advised to take proper precautions. 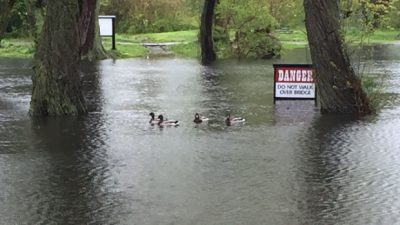