Fort McMurray residents know exactly how people in central British Columbia are feeling as over 200 forest fires burn in that province. As a result, many Fort Mac residents have driven trucks loaded with thousands of kilograms of food and supplies to Kamloops in hopes of helping wildfire evacuees during this difficult time. Canada’s Public Safety Minister Ralph Goodale says Canadian military aircraft have been deployed to help in emergency evacuations if needed and to move firefighters and equipment around the fire zone. Goodale adds the Trudeau government is prepared to do more. Alberta Saskatchewan, Ontario and Nova Scotia are also sending in crews for a total of 300 personnel. More than 10,000 people have been forced to evacuate and Environment Canada issued an air quality advisory for people in seven surrounding regions. More than 230 fires are burning, with 98 considered new within the last day or so. 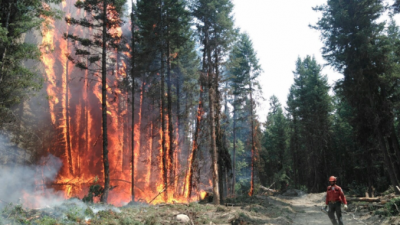