CHICKENS MAY SOON BE COMING TO A BACKYARD NEAR YOU!

In a decision that could ruffle a few feathers, Toronto City council is considering a pilot project to allow residents to raise chickens in their backyards. At the moment, it’s illegal to do so. Project supporter Councillor Justin Di Ciano, says there are a lot of benefits to raising chickens out back. He says chickens fertilize the garden, are great for pest control and raising urban chickens is cruelty-free. Raising chickens privately is currently legal in several Canadian cities, including Brampton and Vancouver. The pilot idea is expected to go before City Council at its next meeting in October. 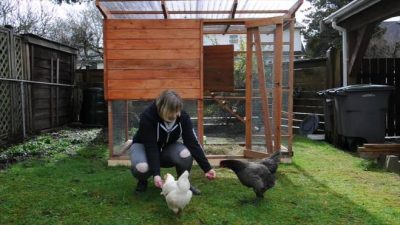