Hundreds of thousands of people are taking part in Canada Day celebrations in the nation’s capital. The forecast calls for heavy rain but it didn’t seem to be dampening the party mood on Parliament Hill. Today’s unprecedented crowds means heavy security. The Ottawa party includes appearances by Gordon Lightfoot, a number of other Canadian performers as well as U-2 band members Bono and The Edge. During his Canada Day address, Prime Minister Justin Trudeau took time to reflect on the suffering Indigenous Peoples have endured during the past 150 years. His full statement is included below. A boatload of 75 early risers headed out on the North Atlantic off Newfoundland to be among the first to welcome Canada Day as dawn broke over the country’s most eastern point. Prince Charles is set to become an extraordinary companion of the Order of Canada in Ottawa at Rideau Hall. The royal couple will visit the Canadian Museum of History in Gatineau, Quebec before the prince moves on to a peacekeeping monument in Ottawa for a ceremonial guard inspection. The Toronto Canada 150 party continues thru until Monday with events along the waterfront and the biggest venue is Nathan Phillips Square. Toronto’s Mayor has released a special Canada Day message. In his message, John Tory concedes that Canada still has some more work to do to make sure the country is inclusive. Tory will spend Canada Day attending 9 different events. 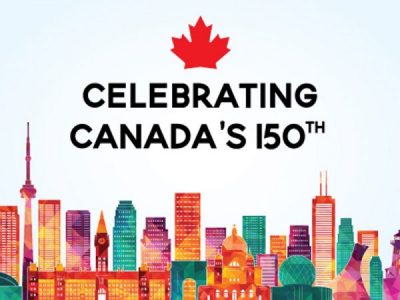 Today, we celebrate the 150th anniversary of Confederation. We come together as Canadians to celebrate the achievements of our great country, reflect on our past and present, and look boldly toward our future. Canada’s story stretches back long before Confederation, to the first people who worked, loved, and built their lives here, and to those who came here centuries later in search of a better life for their families. In 1867, the vision of Sir George-Etienne Cartier and Sir John A. Macdonald, among others, gave rise to Confederation an early union, and one of the moments that have come to define Canada. In the 150 years since, we have continued to grow and define ourselves as a country. We fought valiantly in two world wars, built the infrastructure that would connect us, and enshrined our dearest values equality, diversity, freedom of the individual and two official languages in the Charter of Rights and Freedoms. These moments, and many others, shaped Canada into the extraordinary country it is today prosperous, generous and proud. At the heart of Canada’s story are millions of ordinary people doing extraordinary things. They exemplify what it means to be Canadian; ambitious aspirations, leadership driven by compassion and the courage to dream boldly. Whether we were born here or have chosen Canada as our home, this is who we are. Ours is a land of Indigenous Peoples, settlers and newcomers, and our diversity has always been at the core of our success. Canada’s history is built on countless instances of people uniting across their differences to work and thrive together. We express ourselves in French, English and hundreds of other languages, we practice many faiths, we experience life through different cultures, and yet we are one country. Today, as has been the case for centuries, we are strong not in spite of our differences, but because of them. As we mark Canada 150, we also recognize that for many, today is not an occasion for celebration. Indigenous Peoples in this country have faced oppression for centuries. As a society, we must acknowledge and apologize for past wrongs, and chart a path forward for the next 150 years one in which we continue to build our nation-to-nation, Inuit-Crown and government-to-government relationship with the First Nations, Inuit and Metis Nation. Our efforts toward reconciliation reflect a deep Canadian tradition the belief that better is always possible. Our job now is to ensure every Canadian has a real and fair chance at success. We must create the right conditions so that the middle class, and those working hard to join it, can build a better life for themselves and their families. Great promise and responsibility await Canada. As we look ahead to the next 150 years, we will continue to rise to the most pressing challenges we face, climate change among the first ones. We will meet these challenges the way we always have with hard work, determination and hope. On the 150th anniversary of Confederation, we celebrate the millions of Canadians who have come together to make our country the strong, prosperous and open place it is today. On behalf of the government of Canada, I wish you and your loved ones a very happy Canada Day.