A minute of silence was observed Saturday in London for the victims of the high rise apartment fire. The silence came before the parade at Buckingham Palace marking Queen Elizabeth’s official birthday. 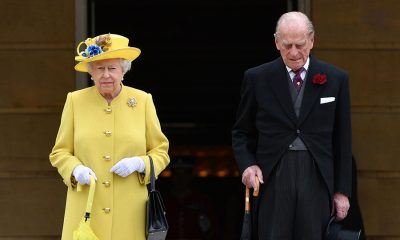 Following the moving tribute, sound of trumpets and horses were heard today at the procession for the Queen’s official birthday parade. Wednesday’s disaster killed at least 30 people and left dozens more homeless, and there are reports that 70 are still missing. Close to four-million dollars has been raised for victims. The Queen released an unprecedented message on her birthday. Here’s an excerpt. “Today is traditionally a day of celebration. This year, however, it is difficult to escape a very’ sombre national mood. In recent months, the country has witnessed a succession of terrible tragedies. Service on two London Underground lines has been partially suspended because of concerns about the safety of the high-rise building. Earlier this week, the Queen was on the verge of tears as she met with survivors of the disaster. The Queen is 91 years old.