Russia says it’s still verifying whether it has killed the leader of the Islamic State terror group. The Russian Defence Ministry claims that Abu Bakr al-Baghdadi died in a Russian airstrike just outside the group’s de facto capital of Raqqa in late May. Officials add that the information is “being verified through various channels.” Russian Foreign Minister Sergey Lavrov told a news conference in Moscow that he doesn’t have 100-per cent confirmation. But if true, it deals a potentially severe blow to the extremist group as it fights to hang onto strongholds in Iraq and Syria. If true, it would be a huge PR coup for the Russians. The US-led coalition fighting ISIL said it could not confirm the Russian report. 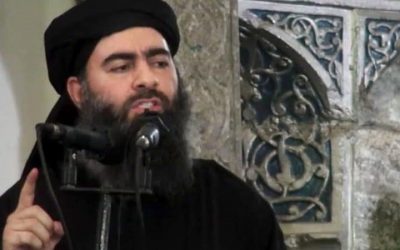