In addition to acting, the late Carrie Fisher was also a talented song writer.Her close friend, Sean Ono Lennon, son of John and Yoko, has released a song he co-wrote with Fisher before her death. Described as hauntingly beautiful, Lennon says he decided to release the unmixed demo on his social media.”Bird Song” describes the late night chats between the two friends, who often talked about life into the wee hours of the morning. Lennon says Fisher was his best and closest friend adding his heart is “completely and permanently” broken. Lennon added another famous voice to the track-Willow Smith, daughter of Will and Jada Smith. Both Fisher and Lennon grew up in the shadow of larger-than-life celebrities; Debbie Reynolds and Eddie Fisher and John Lennon and Yoko Ono. 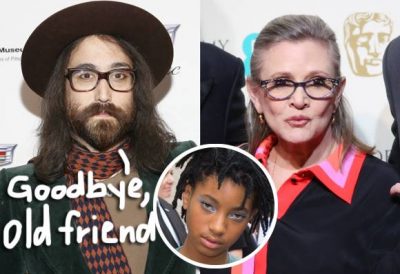