Samsung has stopped production of its newest smartphone amid reports some batteries are overheating and exploding–the same problem that prompted an earlier recall. Canadians with the Galaxy Note 7 smartphones are scrambling to find an alternative phone. The company told customers to shut off the devices because of safety concerns. Analysts predicted the original recall would cost Samsung a billion dollars, but that number has now climbed to 17-billion. Authorities in the U.S and South Korea are still investigating why the replacement Note 7 phones that Samsung equipped with safer batteries are catching fire. One official said the replacement phones may have a defect that is different from the first issue that prompted the original recall. Samsung will offer a full refund or replace the Note 7 with any other model of Samsung phone. 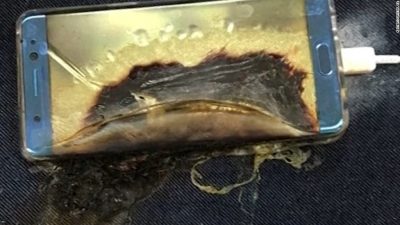