This Week on Finding Your Bliss: December 17th 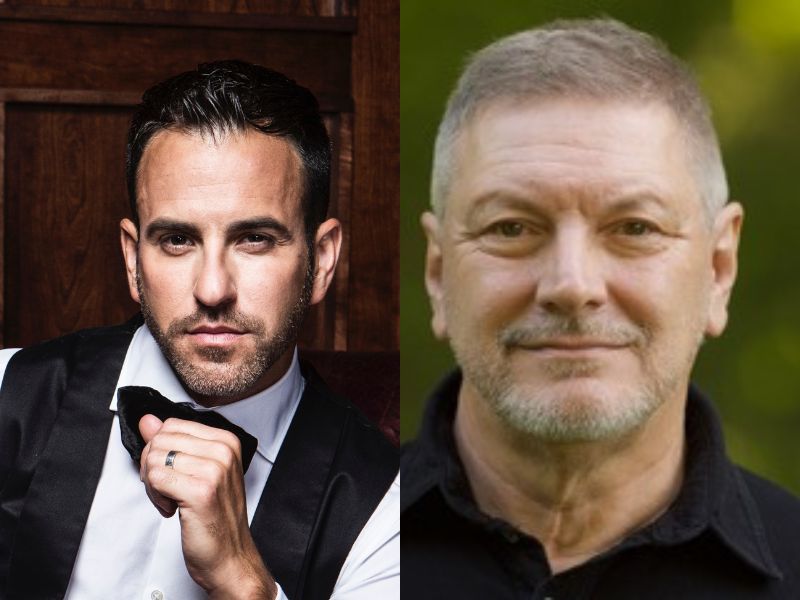 Coming up this Saturday at 1pm on Finding Your Bliss, Life Coach and Bliss Expert Judy Librach is joined by Grammy & Juno Award Nominee, Mark Masri!

Once studying to become a medical doctor, Mark decided early in his academic career to pursue his first love – music. “Music is kind of like medicine, I guess; it heals the body and soothes the soul.” This philosophy is what guides Mark Masri to create the haunting lyrics and melodies that have become his trademark.

With his powerful tenor voice, Mark is taking on the songs of love and loss, sorrow and hope. On the tails of his highly acclaimed television concert special and new album with Green Hill Music (UMG), by multi-platinum producer Patrick Hamilton of Belgium, Mark is showcasing his unique theatrical pop style and exceptional writing skills with songs that will make you dance and songs that will make you cry.

Whether he’s performing with The Vivaldi Orchestra in Moscow, headlining his own North American tour, or guesting on David Foster’s, Hitman Returns Television Special; Mark is opening hearts and minds with thought-provoking songs, a charismatic stage presence and his sensuous tenor voice.

Mark’s genre-bending style and eclectic taste in music is evident in his previous releases. “See My Face” is a collection of covers and originals that lean toward soulful. “La Voce” includes songs in six languages and collaborations with Jon Secada, and Jim Brickman, highlighting Mark’s jaw-dropping range and classical training. Mark’s 2011 album “Intimo” is a tribute to the most loved Italian songs set to classical guitar. Duets with international stars Olivia Newton-John and Delta Goodrem have become instant classics on adult contemporary radio. He has also just become one of the newest members to join the multi-platinum Juno award-winning artists in the vocal group “The Tenors”!

Regardless of style, Mark delivers emotion that will enchant any listener.

Also back on the program, Thom Ernst joins us once again with his top movie and TV picks for the holidays!

Thom Ernst is a Toronto-based film critic and writer, an active member of the Toronto Film Critics’ Association. His written work on film has appeared in various publications. But Thom is perhaps best remembered as the host, interviewer and producer of television’s longest-running movie program, Saturday Night at the Movies and BellMedia’s Making Movies the Canadian Way. Currently, Thom’s film reviews can be read on Original-Cin.ca and NorthernStars.ca.

Thom’s first book The Wild Boy of Waubamik is due for release on January 31, 2023, from Dundurn Press.

This Week on Finding Your Bliss: February 11th