This Week on Finding Your Bliss: October 22nd 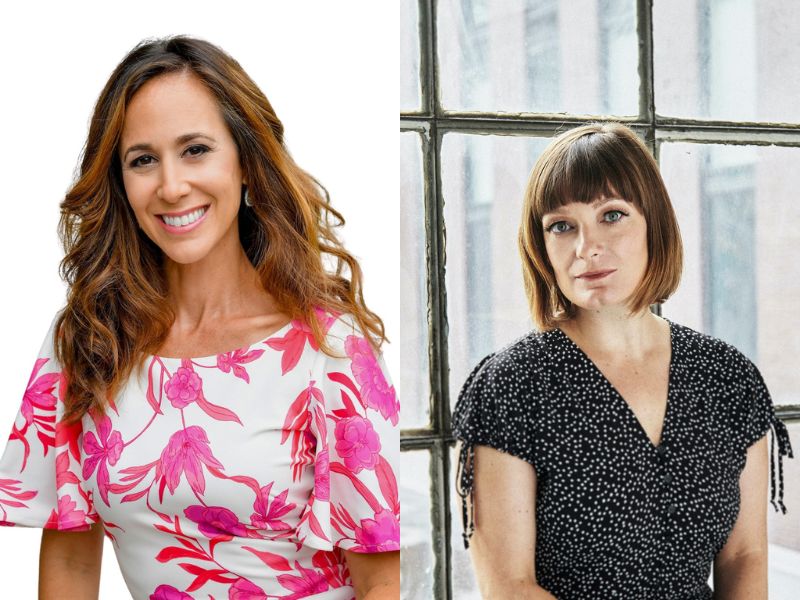 Coming up this Saturday on Finding Your Bliss, Life Coach and Bliss Expert Judy Librach is joined by Erica Diamond!

Erica Diamond has been named to the coveted list of The Top 20 Women in Canada, FORBES Magazine’s Top 100 Sites for Women and a Profit Hot 50 Canadian Company. Erica is a busy mom of two teen boys and a die-hard music lover.

Also on the program, we have singer/songwriter Melissa Lauren!

Melissa Lauren wants to be heard. And not just because of My Voice, her dazzling new jazz-pop crossover gem. The singer-songwriter’s third album is her most accomplished to date and yes, you bet she wants it heard. But her mission is larger than that. As Lauren explains, if there’s an overarching theme to the new album’s 11 songs —a mix of originals and thoughtfully selected covers all expertly helmed by producer, mixer, and multi-instrumentalist Tyler Emond (Tyler Shaw, Alessia Cara, Matt Dusk) — it’s “the boundaries that get in the way of communicating.”

And nothing brings the boundaries quite like a lockdown triggered by a global pandemic, during which Lauren and musician husband Nathan Hiltz were marooned at home together, forced to contemplate themselves and each other as the comfortably distracting routines of daily life evaporated.

Yet by candidly distilling the experience into her songwriting on My Voice, Lauren has created an album that serves as a musical touchstone for anyone struggling to articulate the challenges, good and bad, of managing close relationships during difficult times. Call it a sonic roadmap.

“It was a tough time for Nathan and me and we got into a lot of fights,” Lauren admits with a laugh. “But I realized it all came down to feeling like you weren’t being heard, to a lack of communication. Signals can get crossed and misunderstandings can happen, but you can’t give up trying to have your voice heard. And you mustn’t forget to listen.”

Ironically, from that uneasy place sprang the vibrant, mostly upbeat songs on My Voice, which are exalted by an ace band including Hiltz on various guitars and banjo, Emond on everything from bass to keyboards, mandolin to guitar, as well as drummer-percussionist Dave MacDougall, pedal steel player Kevin “The General” Neal, and Jessica Deutsch on violin and viola. At the centre of it all is Lauren’s crystal clear, emotive voice which is almost otherworldly in its range. So dexterous are Lauren’s performances that a song by Rufus Wainwright (“Oh What A World”) makes perfect sense alongside one by Cole Porter (“Easy to Love”), another by Irving Berlin (“What’ll I Do”), a Jann Arden pop hit (“Insensitive”) plus Lauren’s own compositions chronicling life in all its messy, lovely, weird, infuriating grandeur.

“Jazz is my first love, and those standards were important to include,” she says, adding — take note jazz fans — that she wrote her own intro for “What’ll I Do” and a set of alternate lyrics to Walter Donaldson’s “My Blue Heaven,” dedicated to her husband and which daughter Leah abetted. “At the same time, I think there’s something for everyone on this album. Musically, I can grab people who might not typically like jazz while lyrically, there are conversations almost everyone has had at some point in their life. My Voice dances between new and old, jazz and pop.”

The new album also sharpened Lauren’s writing while giving way to a new way of working. “I don’t wait around for inspiration. I treat songwriting like a job. But I am always alert to inspiration so that when I do put pen to paper, I have things to draw from.

“One thing that was different this time around was I’d make note of songs I’d hear watching a movie or shopping or whatever. When time came to write and I was seeking inspiration, I’d go back and listen to those songs and ask myself how I could capture that essence,” she laughs “but without ripping anything off!” Central to the album was producer Emond who Lauren says was uniquely able to interpret her vision, no matter what form that took. “I’d say something like, ‘Let’s make it moody, desert, nice’ and he’d know exactly what I wanted,” she howls.

Two previous solo albums, 2015’s Your Mess and 2012’s The Other Side, gathered universal acclaim, leading to marquee performances across Canada and around the world including (but not limited to) Folk Alliance International, the Halifax International Jazz Festival, and the New Skool Rules Festival in the Netherlands, plus concerts in Eastern Europe. Additionally, her voice was featured on five tracks by Montreal electronic producer Hibernate, one included on a compilation by British dance pioneer Paul Oakenfold. Yet despite these many disparate potential avenues for success, Lauren’s focus remains squarely on her own voice, brilliantly showcased on My Voice.