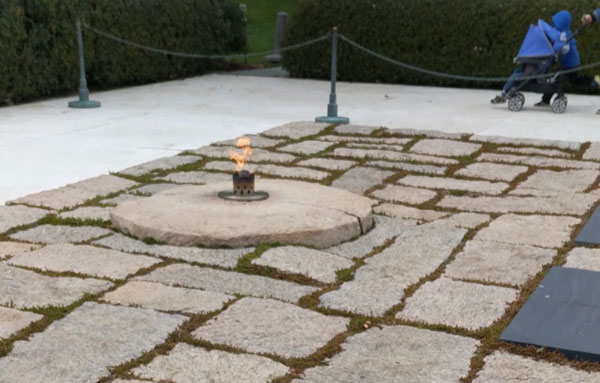 This year, Memorial Day falls on the same day that we mark 100 years since the birth of John F. Kennedy; I was lucky enough to be able to pay my own tributes when The Happy Gang visited Virginia a few weeks back. We arrived early for our flight home from Reagan National Airport specifically so we could spend some time at Arlington National Cemetery, the final resting place for the remains of more than 400,000 people, and certainly one of the most moving military landmarks in the United States.

Arlington is also the final resting place for John F. Kennedy, where the Eternal Flame (pictured above) has been burning since JFK’s funeral on November 25, 1963.

Even though Memorial Day is an American holiday, it doesn’t have to be. I hope you take it as an opportunity to pay tribute to the men and women – whatever country they’re from – who have made the ultimate sacrifice to defend freedom and keep us all safe.

I’ve added a few videos below to capture the spirit of the day, including musical tributes from Tim McGraw, Billy Joel and The Trews.