This Week on Vintage Favourites: January 17 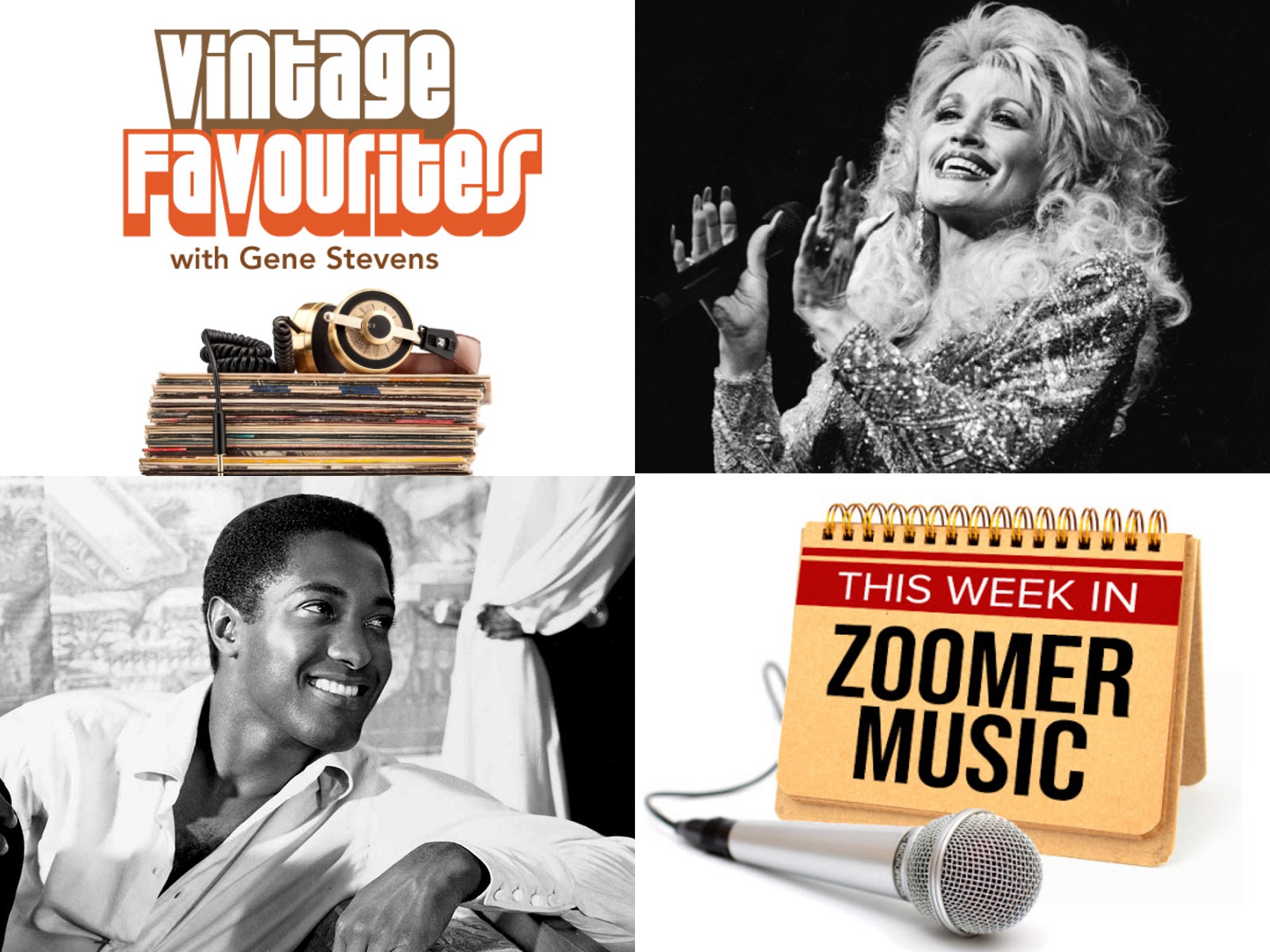 Dolly Parton was most recently in the news for her generous contribution of $1 million to help fund research into the Covid-19 vaccine.  That’s just the latest example of Dolly’s generous spirit which also includes 100 million books donated to the Imagination Library since 1995.  Of course Dolly’s been in showbiz news for over a half-century with 100 charting country hits and a couple dozen pop hits as well; a starring role in ‘9 to 5’, and composing one of the biggest pop hits of all time – ‘I Will Always Love You‘.  Dolly is turning 75 next week – and we’ll give her the ‘Vintage Favourites’ birthday spotlight this Sunday.

We’re also noting the 90th anniversary of the birth of Sam Cooke – sometimes called ‘The King of Soul’, and credited (with Ray Charles) for having ‘invented’ soul music when he combined gospel with rhythm and blues. I’ll play several of his best songs, as well as ‘A Song for Sam Cooke / In America‘ – the stirring release last year by Dion and Paul Simon.  As I was doing some show-research I happened to notice an intriguing pattern of album releases by Gordon Lightfoot over the years.  His first album – simply called ‘Lightfoot’ – was released in January 1966. Then there were no less than 4 more of his best-known albums ALSO released in January (of 1968, 1974, 1978 and 1982).  I’ll feature tracks from each of those classic Lightfoot albums.

And our first-hour feature – ‘This Week in Zoomer Music‘ – between 1-2pm., notes key events during mid-January in years past, including the final home recordings by Buddy Holly, classic recordings by the Beach Boys, Beatles and Jimi Hendrix and two songs featuring the voice of legendary DJ ‘Wolfman Jack’. (“ah-hooooo”)

It sounds like a good show – please join me for the next ‘Vintage Favourites’ this Sunday at 1, on Zoomer Radio.