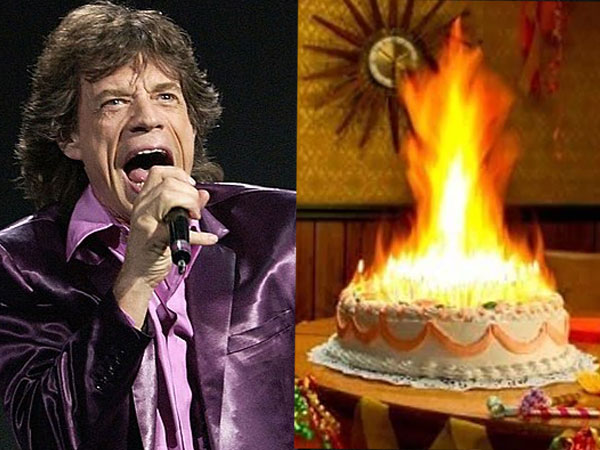 Can it really be? Mick Jagger is turning 75? Yep – the Rolling Stones’ main man turns 75 on July 26th. So this Sunday (22nd) I’m lighting the candles on his cake – well maybe not – might be a fire hazard. But I will salute Mick and his legendary band for the amazing songs, tours, and memories they’ve given us over the decades.

Remember that schoolyard debate many of us had back then ? It seemed so important to declare whether you were a ‘Beatles fan’ or a ‘Stones fan’ … and which band was better. Of course it can never be definitively decided – but The Beatles only lasted about a decade, while the Stones just keep on rolling – now well past their 50th anniversary – and still rockin’.

And that’s perhaps their biggest contribution – as our founder Moses has often urged our generation: ‘to keep on going’ – that’s the secret of a long and rich life … ‘just keep on going’.

So I’ll explore the roots of the Stones in the early 60s with their first 3 UK releases, then enjoy some of their classic hits, and surprise you with a few ‘unexpected’ songs too. Then in the second hour, I’ll take a look at our Canadian music scene in the 60s and 70s, and how we responded to the British Invasion. There’ll be plenty of familiar songs you haven’t heard in years, and some that may be new to your ears.