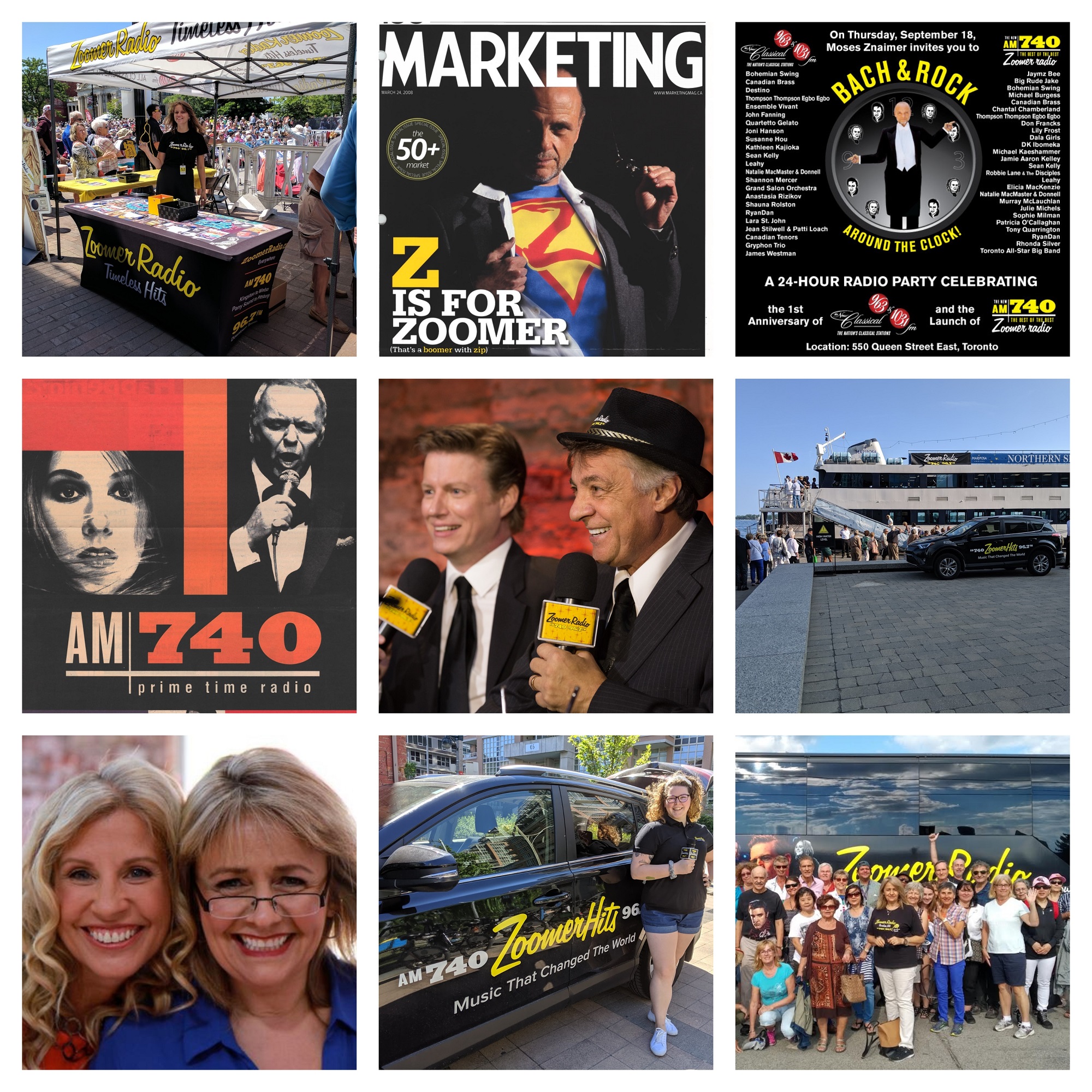 AM 740/Zoomer Radio celebrates our 20th anniversary on Friday, January 8th, 2021. We launched January 8th, 2001 – at precisely 7:40am. It was Elvis Presley’s birthdate as well as David Bowie’s, and we embraced both those icons, and a vast universe of music we call ‘The Original Greatest Hits’. The first song we played was intended as a commitment to the past and present, with a guiding vision toward the future – Frank Sinatra and Celine Dion’s ‘All the Way’.

The former CBC frequency became available in 2000, and Oakville broadcaster Michael Caine was the successful bidder, offering to serve the overlooked older audience. In 2008, Moses acquired the station, adding it to his growing media conglomerate already focused on that same under-served 45+ person. Alongside The New Classical FM 96.3, Vision TV, Zoomer Magazine and CARP (The Canadian Association of Retired Persons), AM 740 became ‘Zoomer Radio’ as we moved downtown.

Weekends are a smorgasbord of special information programming from Moses Znaimer’s fascinating ‘IdeaCity On the Air’ to ‘Zoomer Week in Review’ and ‘The Best of Fight Back’; the city’s only ‘Garden Show’ with Charlie Dobbin, women’s issues (From a Woman’s Perspective), car-care (‘Dave’s Corner Garage’), health (‘The Tonic’) and wellness (‘Finding Your Bliss’), plus ‘selling stuff’ (‘Consignment Heroes) and ‘The Conspiracy Show’ with Richard Syrett. Plus the various weekend music specials: Larry Jackson’s ‘Celebrity Spotlight’ and ‘The Immortals’, Robbie Lane’s ‘British Invasion’ and Norm Edwards’ ‘Saturday Night Bandstand’, plus ‘Vintage Favourites’ with Gene Stevens, ‘Crooners and Songbirds’ with Lily Frost and Frank Proctor’s ‘Big Band Sunday Night’.

This is a ‘full-service’ radio station unlike any other – available at AM 740, downtown Toronto on FM 96.7, across southern Ontario on a high-definition HD radio at FM 96.3, HD-2, and streaming anywhere in the world on-line at ZoomerRadio.ca. We play ‘The Original Greatest Hits’ and a huge variety of curated music specials, news and information programming – all presented by knowledgeable, seasoned, personalities who’ve become companions to hundreds of thousands over the years – twenty years in fact! And we sincerely thank you for welcoming us into your home and workplace. We look forward to our next twenty! Cheers.

Here are some throw back photos:

Moses on the cover of Marketing Magazine in 2008