A rare form of influenza has been diagnosed in Albert and public health officials are investigating Canada’s first case of this swine flu. It’s so rare, there have only been 27 cases worldwide since 2005.The H1N2 case was detected in mid-October after a patient sought medical care while experiencing flu-like symptoms. The person had mild symptoms, was tested and has recovered. There is no evidence at the moment that the virus spread further, or that anyone is at risk. This Influenza A virus can be found in both humans and pigs. 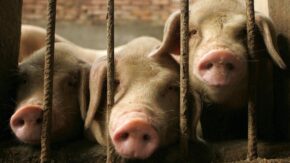 This is the only influenza case reported in Alberta so far this flu season and there’s no evidence this rare virus has spread further.