So how much money could a musical about the founding fathers of the United States actually make?  Turns out, a lot! 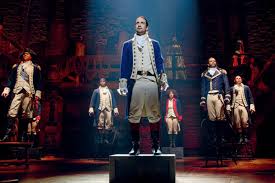 The hit musical “Hamilton” has now passed global sales of $1 Billion dollars, making its creator and star, Lin-Manuel Miranda, one of the world’s top-earning celebrities.

Performances in New York City earned almost $650-million.  Various touring companies have brought in another $167 million and London’s West End added another $38 million to the total.

Mirvish Productions is assuring that Hamilton will return to Toronto to resume the engagement that was cut short in March.  The goal is to be back on stage with 18 months.