"POPE OF BEAUJOLAIS" DIES AT 86

If you get excited about the release of the “Nouveau Beaujolais” every year, you have George Deboeuf to thank. 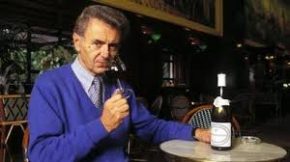 The French vitner, who was dubbed the “Pope of Beaujolais” has died at the age of 86.

He was best known for turning the release of the little-known French red wine into a global phenomenon.

He began in the 1950’s and by the 1980’s his enthusiastic promotion of the wine had led to its annual release date being known across the world as “Beaujolais Nouveau Day.”

His winery produces about 30-million bottles of Nouveau Beaujolais yearly.

George Duboeuf died after suffering a stroke at his home in France over the weekend.