The French architect who designed Montreal’s Olympic stadium for the 1976 summer games, has died in Paris. 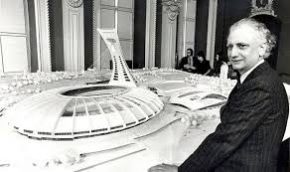 Roger Taillibert envisioned a stadium with a retractable roof and a 175-metre leaning tower.

The Big O (or Big “Owe”) was one of the most expensive stadiums build in the last century but became one of Montreal’s most famous buildings. Taillibert also designed the Montreal Olympic Pool and the Montreal velodrome.

At the time, other Canadian architects were outraged that Taillibert was hired.  Arthur Erickson called the decision a national disgrace.